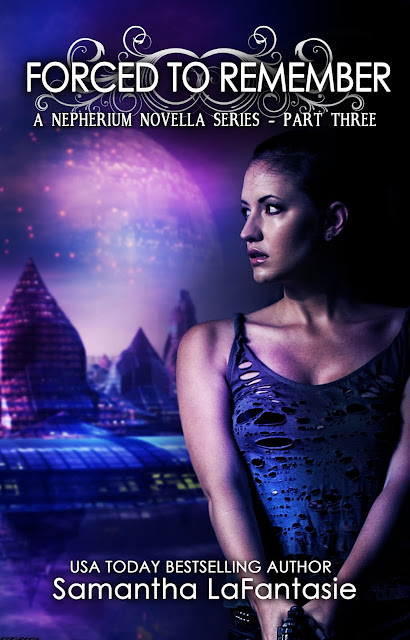 The weight of the world feels heavy on my shoulders. Desperation touches everything. Memories forgotten, truths untold. Humanity is threatened. Their safety granted in exchange for me. But I won’t go without a fight.With strange occurrences taking place in the city, it’s up to Elsa and her team to discover why. But an odd encounter at an abandoned warehouse leaves the team with more questions than answers. Just when the team least expects it, Alexander returns, and he’s not alone or without demands: the world’s safety in exchange for Elsa. They have only one week to decide while the world falls under Alexander’s wrath and his powerful army of followers. Avalon seeks help from every Nepherium that can be spared and hope it will be enough to stop Alexander.

A Kansas native, Samantha LaFantasie spends her free time with her husband and three kids. Writing has always been a passion of hers, forgoing all other desires to devote to this one obsession, even though she often finds herself arguing with her characters through much of the process. She’s primarily a fantasy writer but often feels pulled to genres such as sci-fi, romance, and others.
Among her writing credentials, a member of the Kansas Writer’s Association and has authored works such as Heart Song (her debut novel) and Made to Forget.
Samantha loves to take time to enjoy other activities such as photography and playing her favorite game of all time, Guild Wars 2.
Want more from Samantha? Keep up with her at any of her digital hangouts.
Goodreads | Facebook Fan Page | Author Central | Twitter | Google+ | Pinterest

July 28th
Curling up with a Good Book
Mythical Books