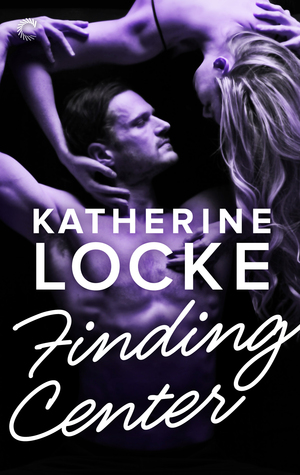 Zed and ballet are my two greatest loves.

But a tragic accident ripped them from Aly's life six years ago and it took all her strength to get them back. She’s had a long road to recovery and has returned, dancing full-time for The District Ballet Company and carrying Zed’s child. But Aly is slipping. Each day becomes a fight to keep her career from crumbling under the weight of younger talent, the scrutiny of the public eye, and the limitations of her ever-changing body. A fight she fears she’s losing.

I’m scared Aly is broken to her core.

Zed recognizes signs, but he doesn’t know how to fix her. The accident left him with his own demons, and while he wants nothing more than to take care of Aly, it’s getting harder the further she spirals. When Aly’s life is threatened and Zed’s injuries prevent him from saving her, he’s never felt so useless, so afraid he is no longer capable of being the man Aly and their child needs.

With new life comes new hope. And with their fractured lives already hanging by a thread, Aly and Zed must discover if they have what it takes—both together and apart—to rebuild and carry on.

Katherine Locke lives and writes in a very small town outside of Philadelphia, where she’s ruled by her feline overlords and her addiction to chai lattes. She writes about that which she cannot do: ballet, time travel, and magic. When she’s not writing, she’s probably tweeting. She not-so-secretly believes most stories are fairy tales in disguise. She can be found online at katherinelockebooks.com and on Twitter: @bibliogato.