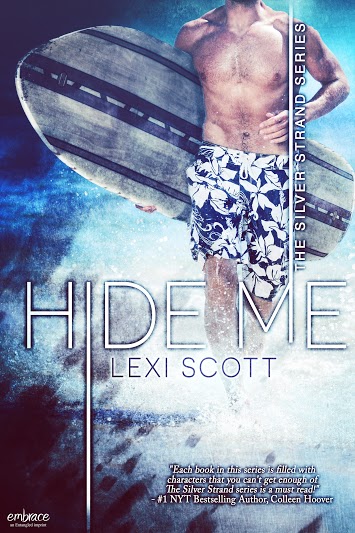 Sometimes it's easier to run...

Ripped apart by guilt and grief, nineteen-year-old Whit Conrad grabs her stuff and runs from her super-conservative home and family in Pennsylvania and hauls ass for sunny California. All she wants is escape. Now she has a craptastic apartment, a job at a tattoo parlour, and even a friend-who's-mostly-benefits. Then she meets a sexy, inked, surfer-dude who has the potential of capsizing everything...

Deo Beckett is adrift. Underemployed and over-boozing, Deo knows he should be doing something more with his life. Being something more. All it takes is a pin-up hottie with a smart mouth—and a bruised soul—to force Deo to start looking below the surface. To wonder if there's more to life than being a beach bum. Now he's falling for Whit...and hard.

But Whit ran from home for a reason, and she'll go to any lengths to keep Deo from learning the truth...
*previously released under Lengths in 2012

Lexi Scott is the combined forces of authors and best friends, Liz Reinhardt and Steph Campbell. Together, they write new adult and contemporary romance featuring strong, smart, feisty women and the swoon worthy, good guys who love them. The grew up on opposite coasts‐ one on the east, one of them on the west, but somehow, both ended up married and raising their families in the Southern U.S. They love traveling, good food, wine and hoarding books.

a Rafflecopter giveaway
at 6:42 PM