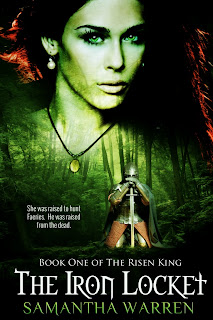 She was raised to hunt faeries. He was raised from the dead.
***
Aiofe Callaghan comes from a long line of faery hunters. Hired by one of the faery queens, they protect the human world from chaos and destruction. But when Aiofe stumbles through an open door into the land of Faery, she discovers the job isn't as simple as it seems, nor is she.
Arthur Pendragon spent centuries in blissful nothingness, until the day the four queens banded together to raise him from the dead. Along with his twelve most talented knights, he leads the warring armies of Faery against the greatest enemy they have ever known: one of their own.
Can they overcome their differences to confront the greatest challenges either of them have ever faced? 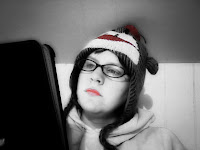 Samantha Warren is a fantasy and science fiction author who spends her days immersed in dragons, spaceships, and vampires.

In the name of research, she enlisted the help of her pet dragon Anethesis and together they built a Noah’s Ark-like spaceship. Three trips through a hole in the time-space continuum allowed the pair to explore the universe decades into the past and eons into the future. They discovered how life would be without Earth and were forced to run from alien law enforcement when their spaceship was deemed unspaceworthy. In the long run, the constant demands of space travel and repairs cut into Samantha’s sock fetish fund, so she was forced to sell her ark for half-price to a slimy creature that made Jabba the Hutt look like Brad Pitt.

After her years of traveling, she returned to her roots. When she isn’t writing or reading, she is milking cows or trying to feed them Pop-Tarts and FiberOne bars (they like neither). She also spends a lot of time in her weed patch (aka: garden), drinking lattes at the Village Cafe, or watching any show featuring Gordon Ramsay. Anethesis remains by her side, sleeping away the day and hunting evil cat-eating coyotes by night.
Website ~ Facebook ~ Twitter ~ Goodreads