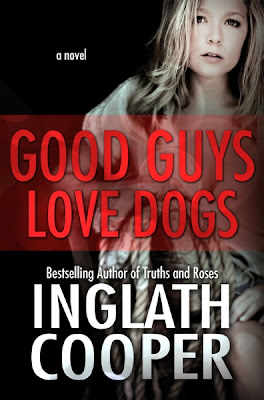 Desperate father Ian McKinley moves his delinquent teenage son to the small Virginia town of Keeling Creek, a place very unlike the New York City life he has been leading. Love takes him by surprise when he falls for Colby Williams, a woman unlike anyone he has ever been drawn to, a small town vet with a heart for animals and a fierce love for a teenage daughter she is also struggling to raise.

But Colby has a secret in her past, a secret she's not sure her daughter will ever forgive her for. And as for Ian McKinley, he seems too good to be true. If she had learned anything from the one time she had thrown her heart fully into love, it was that it didn't last.--Goodreads 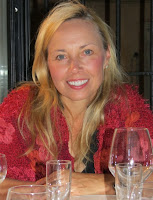 RITA Award-winning author Inglath Cooper has written 9 published novels and 2 novellas. She fell in love with books as soon as she learned how to read. “When I was a little girl, we had a black-and-white TV with rabbit ears. Needless to say, it didn’t pick up a lot! I spent a good deal of time with my nose in a book. I think I read most of the books in my elementary school library.”

That love for books translated into a natural love for writing and a desire to create stories that other readers could get lost in, just as she had gotten lost in her favorite books. Her stories focus on the dynamics of relationships, those between a man and a woman, mother and daughter, sisters, friends. They most often take place in small Virginia towns very much like the one where she grew up and are peopled with characters who reflect those values and traditions.

“There’s something about small-town life that’s just part of who I am. I’ve had the desire to live in other places, wondered what it would be like to be a true Manhattanite, but the thing I know I would miss is the familiarity of faces everywhere I go. There’s a lot to be said for going in the grocery store and seeing ten people you know!”

Giveaway
a Rafflecopter giveaway
at 9:27 AM