The Archivist by Christy Sloat | Upper YA | Blog Tour 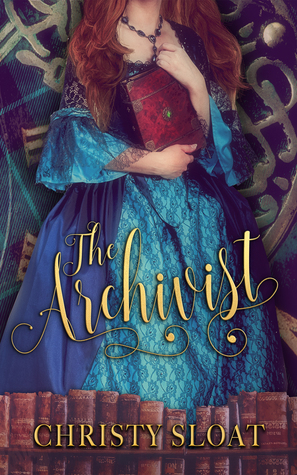 "With the whimsy of Alice in Wonderland and the romance of Outlander dive back into the next installment in the Librarian Chronicles."

Savannah Preston has a rare and precious gift: The ability to time travel through books. She, and others who share this unique ability, are faced with the insurmountable task of preserving history. They are known collectively as The Librarians.

While researching infamous Scottish outlaw Sir Malcolm Wash during the raging conflicts of the 14th Century, Savannah loses the only thing that tethers her to her own time. She must rely on her knowledge of both the present and the past to survive long enough to find a way home. Along the way, she enlists the help of a misfit named Eoin. With his guidance, she might just get home. It’s a risky and dangerous adventure, but then, so is Eoin…

a Rafflecopter giveaway
at 12:40 PM