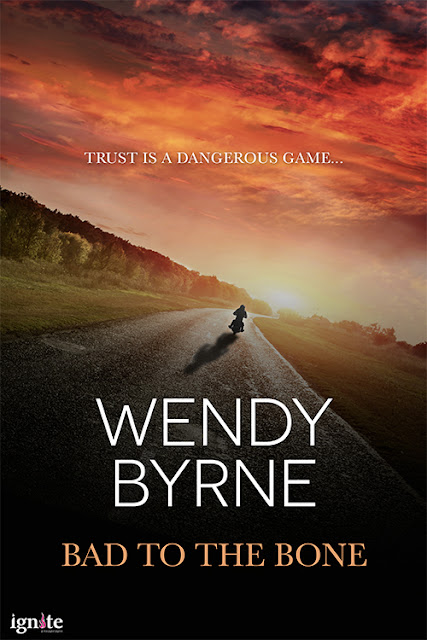 When her Uncle Jack is arrested on drug charges, Sammie Murphy hops the first plane to Key West. Being rescued isn’t on her uncle’s to-do list, though. When he admits guilt and instructs her to go home, Sammie knows with 100% certainty something is seriously wrong.

Veteran DEA agent Enrique Santos knows when a bust is solid. So why is he allowing Jack Murphy’s niece to mess with his head? He’s been set-up and nearly killed by a woman like her before, and he’s not about to make that mistake again.

But then things at Murphy’s bar take a turn for the dangerous, leaving Sammie entangled in Enrique’s dark past. Forced to second-guess his convictions, Enrique has no choice but to kidnap the one woman who could destroy everything...including his heart.

Wendy lives in the Chicago area. She has a Masters in Social Work and worked in the child welfare field for twelve years before she decided to pursue her dream of writing.

Between teaching college classes, trying to get her morbidly obese cat to slim down and tempering the will of her five-year-old granddaughter, who's determined to become a witch when she turns six so she can fly on her broom to see the Eiffel Tower and put hexes on people--not necessarily in that order--somehow Wendy still manages to fit in writing. She spends the remainder of her days inflicting mayhem on her hero and heroine until they beg for mercy.

a Rafflecopter giveaway
at 2:27 PM