The Kingdom Within by Samantha Gillespie | YA | Fantasy Romance | Blog Tour 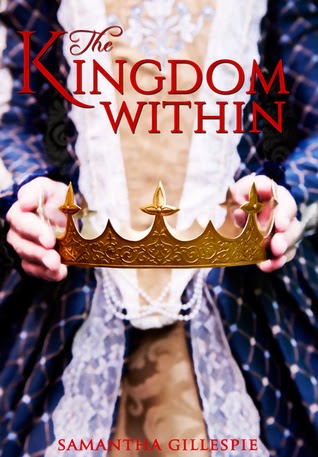 Princess Meredith’s eighteenth birthday is fast approaching, but unlike other girls, she is not looking forward to it. Upon her coming of age, she is to marry the prince of Alder, the most powerful kingdom in the world. Though the idea of marriage to a complete stranger is appalling, she knows she has no choice. Without the marriage contract, Stonefall’s alliance with Alder will be lost, and her people will be safe no longer; Theros, King of Talos, has set his eyes of conquest on Stonefall and he wants Meredith dead.

Connor, an elite soldier entrusted with Meredith’s safety, arrives at the palace just as things begin to take a turn for the worst. Together, they will embark on a journey of survival, in which Meredith will find that the only thing she never prepared for was falling in love.

Samantha Gillespie is a creative, helpless romantic who was born in Mexico, where she grew up with her family until they returned to the States at age eleven. An avid reader from a young age, Samantha finally gave into her passion for writing, making her debut with The Kingdom Within.

Samantha considered pursuing a degree in English Literature while in college but despite her family and friend's encouragement, she opted for a more practical career in Business. Now, with the publication of her first book under her belt, she occasionally hits herself on the head for it. Samantha currently lives in Houston, TX, and besides being a sucker for romance, she has a soft spot for helpless kittens, and all things Pride & Prejudice.

Email ThisBlogThis!Share to TwitterShare to Facebook
Labels: Samantha Gillespie, The Kingdom Within Tour