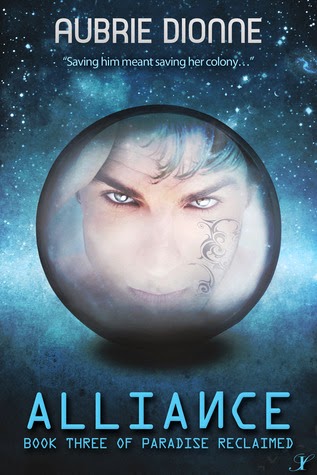 “Saving him meant saving her colony…”

Lyra Bryan has been saving people her whole life from a chick in the ventilation pipes to her mentally ill brother when his mind drifts back to Old Earth. She meets her match when she finds a gorgeous alien man aboard the arachnid ship. Captured after a failed attempt to save his people, his spirit is broken, craving only vengeance. To save her colony, Lyra must save his body and soul.

Lyra’s lifemate, Tauren, is jealous of her obsession with the alien man and will do anything in his power to break them apart. While they travel to the arachnid’s home world to defeat the mother brain once and for all, they must set aside their differences and work as a team. But, can Tauren be trusted? 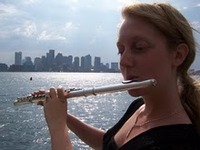 Aubrie grew up watching the original Star Wars movies over and over again until she could recite and reenact every single scene in her backyard. She also loved The Goonies, Star Trek the Next Generation-favorite character was Data by far-, and Indiana Jones. But, her all time favorite movie was The Last Unicorn. She still wonders why the unicorn decided to change back to a unicorn in the end.

Aubrie wrote in her junior high yearbook that she wanted to be "A concert flutist" when she grew up. When she made that happen, she decided one career was not enough and embarked as a fantasy, sci fi author. Two careers seems to keep her busy. For now.

Giveaway
a Rafflecopter giveaway
at 6:51 AM