The League of Skull & Bones by M.J. Fletcher Blog Tour 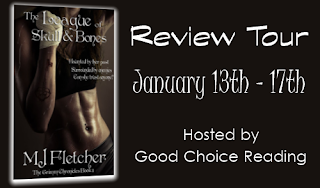 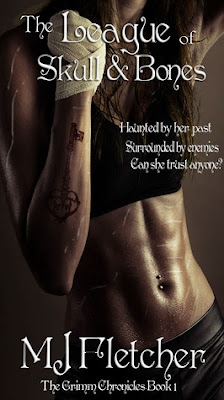 Jess Grimm has the ability to travel to any dimension in the multiverse. There’s only one problem... it’s killing her.

Jess is a in a race against time to find a device that can slow the progression of the power inside her, but she isn’t alone. Others want her power, and they don’t care how they get, or if she is dead or alive when they do.

The only person willing to help her is the mysterious Ronan Sparrow a member of the League of Skull & Bones, one of the very groups that want her power. But what does Ronan want in return? Can Jess trust him or will she find herself alone with enemies on all sides?

The League of Skull & Bones, Book 1 of The Grimm Chronicles

MJ Fletcher was born in New Jersey and now lives by the beach with his very understanding wife and daughter. He has been writing since he first stapled pages together as a child and called them a book. He finally realized his ambitions when his comic book series Adam Zero The Last Man of Earth was published by Ronin Studios. His other comic book work includes Digital Webbing Presents and The Hero Initiative. His first novel The Doorknob Society released in 2012 was nominated for a Cybil award in the young adult category. He has continued writing the Doorknob Society Saga his rollicking steampunk adventure series as well as working on numerous other writing projects.