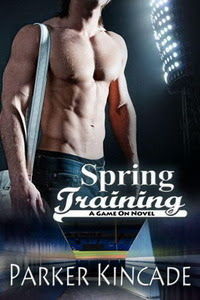 For baseball superstar Garrett Donovan, his contract with the New York Empire baseball team meant he’d finally have the means to secure a future for his family. He should focus on that…not on the sassy, beautiful Jessa Montgomery — or what she looks like naked. Getting involved with the daughter of the Empire’s owner would be career suicide. Jessa is a distraction he can’t afford.
Her father had warned her never to get involved with his athletes, so his request that she keep an eye on his new star player came straight out of left field. The last thing Jessa needs is another spoiled, egotistical ball player to deal with. But Garrett is none of those things. His no-nonsense attitude and smooth Southern charm make her blood burn and her knees weak. Giving into temptation, she is consumed by the pleasure she finds in Garrett’s arms.
Jessa wants to protect his career. Garrett won’t let anything get in the way of their passion.
A passion that could cost him everything. 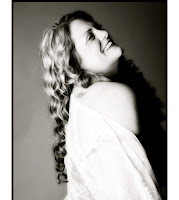 Parker lives in the southern United States with her husband, children and beloved boxer sidekick. She loves reading, playing golf, spending time with her family and friends, ice cream from the ice cream truck, taking her dog to the park and watching old musicals.

a Rafflecopter giveaway
at 12:30 PM