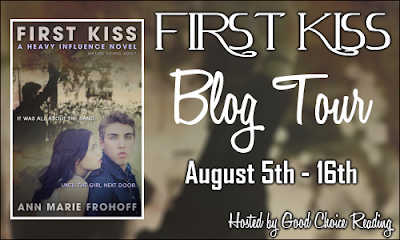 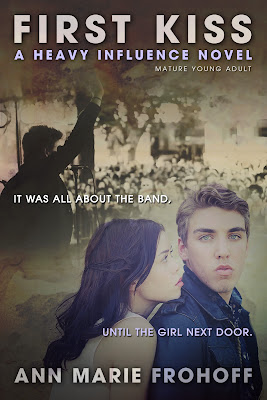 It was all about the band, until the girl next door. Her innocence is tempting. A sexually charged coming of age story set in the throes of stardom. Sacrifices are made as everything changes as they know it.

About an up and coming teenage rocker on the verge of stardom, when the girl next door becomes something more; they're forced to face the harsh realities on his road to fame and the expectations of their friends and family. 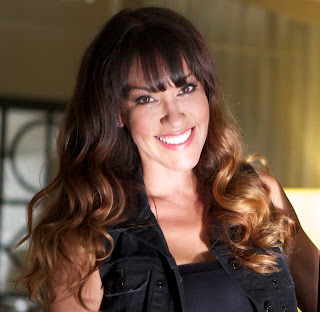 Ann Marie ("Annie") Frohoff grew up in sunny Southern California. As a teen and young adult she spent her time frequenting and living in nearly every beachside city up and down the coast. She settled in Hollywood at 19 working in film and TV. Soon her itch to keep moving took over again, taking her to Hawaii for a time and then back to LA.

She’s now settled in the South Bay area of Los Angeles. Her wanderlust and propensity to live life out loud has brought her many life experiences so many of us only dream about. Always the storyteller, it would be of no surprise to those who grew up with Annie, that she made the transition into a book and screenplay author. You could say that she woke up one day and had an epiphany, deciding to go to school for screenwriting. It’s with this inner fire she set out to write her first screenplay. Soon after, such work made it into the hands of an agency creative executive who challenged her to write a novel to support the complex ensemble cast of characters she’d created. Thus, after only a couple of years and many hours on the road immersing herself in her subject matter; her edgy modern day "Walk The Line meets John Hughes Classics” debut novella, SKID OUT, has been completed, along with the first installment in her Trilogy. SKID OUT is the prequel novella to the HEAVY INFLUENCE TRILOGY.

The first installment in her Heavy Influence Trilogy, FIRST KISS, is tentatively set to release late spring 2012 — The series is a story about young, reckless love between a rising rock star and his younger muse, spanning 10 years of their tumultuous and passionate relationship. Each book in the Trilogy will come with a soundtrack of original music, of which the lyrics will appear in the pages of the books. (Alternative Rock Genre).

Annie has now also delved into the supernatural fantasy world with her writing partners Shaun Barger and songwriter/musician Matthew Reich. Taking inspiration directly from song lyrics and building an entire realm of vastly complex characters and plot lines; weaving history, fantasy and heavy doses of romance together. You will be kept turning the pages of “The Zodiac Wars: My Gemini” novellas and “Precious Metal: The Prince and the Gypsy” book series. Both series of books are currently in development.

August 7
Lost in Ever After –Review
Star Shadow Blog –Teaser

August  16
A Cauldron of Books –Excerpt