Made to Forget Blog Tour! 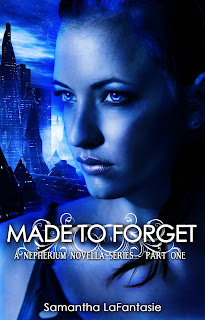 There’s something that lies within my memory. Hidden in the dark. Something that can kill me and those that I love. But I was in an accident, covered in mystery and deception. And my memory…was lost. There are those who want me to remember. I don’t trust them.  And those I do trust…are fighting for me to forget.

Elsabetha Ellery wants to get her memory back, even if it kills her.

After waking up in a hospital with no memory, Elsabetha quickly learns those who claim to be her friend are anything but. And those who are her true friends keep themselves unseen.

Stuck with piecing together her broken memories alone, Elsa struggles with having faith in those she trusts and heeding the warnings of the dangers in recovering her memory. Ignoring them, she faces heavy consequences. Ones she doesn’t see until it’s too late, and a life is lost. 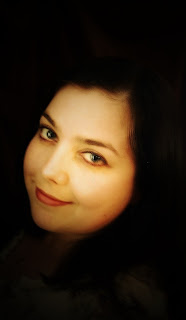 A Kansas native, Samantha LaFantasie spends her free time with her husband and three kids. Writing has always been a passion of hers, forgoing all other desires to devote to this one obsession, even though she often finds herself arguing with her characters through much of the process. She’s primarily a fantasy writer but often feels pulled to genres such as sci-fi, romance, and others.
Among her writing credentials, she’s a board member of the Kansas Writer’s Association and has founded her own critique group, lovingly named, The Fighting Hamsters.
Samantha loves to take time to enjoy other activities such as photography and playing her favorite game of all time, Guild Wars 2.


a Rafflecopter giveaway
at 7:45 PM