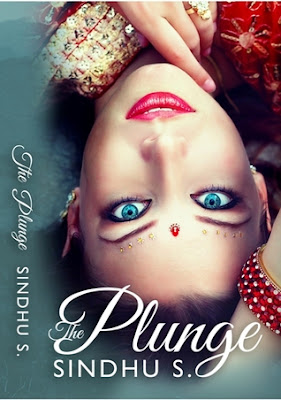 Love is madness…
When a thirty-something journalist Anjali meets the charismatic Siddharth, she has no intention of becoming romantically involved with him. Anjali is a strong, independent woman, angered by the man’s world she lives in and traumatised by events in her past. She has no desire to fall in love. Anjali is certain that, after months of chatting online, when she finally meets Siddharth the charm will be broken. But she is surprised to find herself attracted to him – and shocked when they fall into bed together on their first date. Seized by new emotions that go against everything she believes in, Anjali is caught in a battle between her head and her heart, between love and self-protection. For the first time in her life, Anjali is at the mercy of her emotions and desires…and as she plunges into an affair with a man she knows little about, she risks losing everything. Set in India, The Plunge is a frank and powerful examination of modern relationships that every woman will identify with. Told with astonishing emotional insight, this debut novel will take your breath away. 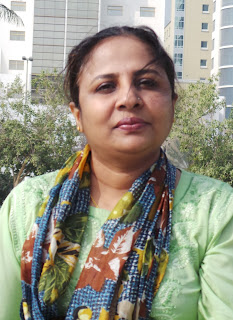 Born in 1966, Indian writer Sindhu drew inspiration for 'The Plunge' from her days as a journalist in her home country. She loves writing human interest stories and is drawn to women centric issues.As a child she "had suffered from the ugly duckling syndrome", she says. She quit her job as a school teacher on realising it was beyond her ability to discipline students, and switched over to journalism.She moved to the Gulf (Middle East) six years ago. Currently based in Bahrain, she is working on her new book, a non-fiction on relationships, and two more projects, among them a novel set in the Middle East.

July 3rd
JustTrying to Let it Be – Excerpt

Giveaway is international.
at 1:33 PM