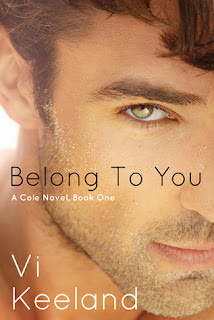 Belong To You by Vi Keeland
Expected publication: April 4th 2013

My honeymoon was almost everything I dreamed it would be, a tropical paradise, turquoise water, romantic walks on the beach, and loads and loads of mind shattering sex. The only thing missing was the groom.

After seven years of coasting through a relationship with Michael, my senses were numb. A week of passion with a stranger was just what I needed to clear my head and take back control of my life. But how do you move on when the man that was only supposed to be a fling somehow seeps into your soul and steals your heart? 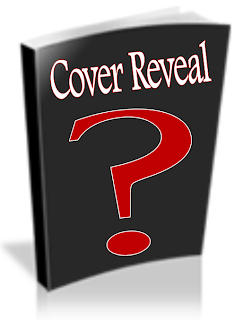 (this cover safe for all audiences)
Broken Gates
By D.T. Dylin
Paperback

P.J. Stone is a Seer who saw too little, too late.

In the past, her biggest worries were boys and school—but war has a way of changing things. Now, the alien Riders are trying to overrun the world. As the last of their kind, P.J. and her friends must find a way to save humanity before there’s nothing left to save.

After choosing a mate, P.J. hoped she'd have time to enjoy her love life. But with everything changing so quickly and major secrets revealed, who knows what the future will bring?
SIGN UP HERE!

Epic and his brothers don’t rob strip clubs for fun or fame, but to use the electric currency to take care of their family. With androids and robots flooding the job market, it’s almost impossible for humans to find work. Besides, stealing comes easy to the gang, until Phoenix steps into their lives, snatching away their bounty and fogging up Epic’s mind with her seductive scent.

Shots blare. A chase ensues. Both sides refuse to yield. And the small compromise that comes is
brought by chains and a promise for a bigger hit--on a planet far away from earth. Can Epic and Phoenix work together to rescue themselves from poverty? Or will they find another type of redemption one lathered in lust and warmth, pleasure, and the type of undemanding love that no human can live without?
SIGN UP HERE!
******************************************

~April 11th~
(this cover is geared toward adult audience)
Freed
by Kenya Wright
Blood paints the Quiet King’s castle. Humans and vampires flee the city. War will come. The only question is where and who will be on what side?
Brie, Samuel, and Ian return for the final installment of the Vampire King trilogy where all mysterious are solved and further secrets are revealed.
SIGN UP  HERE!


#1- Set Dante on fire until he’s nothing but smoke and ash.


#2- Find Nona and Mother Earth, tie them to a tree, and create the biggest bonfire Santeria has ever seen.


#3- Find out if there is anybody higher in Mother Earth's psychotic chain of command.


#4- Burn anybody else to a crisp if they get in my fucking way.
Lanore destroys her old beliefs of nonviolence. Flames of revenge now fuel her movements forward. Too many of her loved ones have died and


she's done shedding tears. Sadly, she can't boil Dante's blood just yet. He has the resources to help Zulu and her. And they really need them.


Discovering Mother Earth's whereabouts is difficult to say the least. She's not what they thought she was. She's something more.


Meanwhile, Lanore's father is missing. Normally, that wouldn't trigger her to stress, but there's been whispers spreading around the habitat like a wildfire.


People have spotted a Demon with feline eyes and fire spotted cheetah skin, one that appeared at the Masquerade Ball right after MeShack was killed.


She's hoping Graham will have some answers. Is this Demon a coincidence or nothing at all? Is she's just grasping at a last bit of hope that somehow


MeShack is alive or should she face the truth of his death?
SIGN UP HERE!
at 3:47 PM