We have two blog tours we're putting together. Both ages 18+. :) 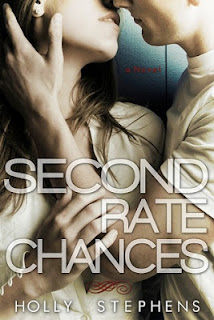 Sam wakes up in the hospital expecting to find his girlfriend by his bedside. Instead, he finds a bleached-blond diva, claiming to be his fiancée, hovering over him. When he learns that he's just woken up from a coma and has lost the last three years of his life, any semblance of stability he thought he had falls down around him. All he wants – all he needs – is Lil.

After countless visits with her shrink and too many sleepless nights waiting for the one man she loves to walk back through the door, Lil wants nothing more than to separate herself from the life she used to have. But the moment Sam smiles at her, Lil knows it's going to take more than self-restraint to stay away.

Second-Rate Chances is about a young man fighting to regain his memory, and the one thing in his life that felt real. A modern-day Samson and Delilah, it's a look at what it means to love and be loved, and to fight though it seems hopeless.

This is a two week tour with a mixture of Reviews, Interviews, guest post and more!

If you would like to participate on this tour, please fill out this FORM.

This next tour is for an adult Paranormal Crime Thriller. 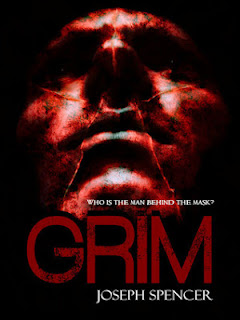 When everything is taken from him, Detective Adam White must choose what’s most important. Does he stick to the heroic ideals which made him a famed paragon of justice and take down a murderous madman? Or does he give in to his vigilante impulses, avenge his wife’s murder, and become the type of killer he’s hunted for so many years?

Adam heard a few sounds of Velcro peeling off its straps. Suddenly, Black Mask shed the mystery and ambiguity of his headgear. He became another mystery altogether. What happened to this guy? He looked like he’d seen Hell, escaped, and doctored his face to give everyone else on Earth a preview.

Black Mask obviously suffered from rosacea because his skin was inflamed, swollen, and the angriest shade of red Adam had ever seen. A jagged circular scar similar to a clock face ran from Black Mask’s forehead down his cheeks to his chin. A vertical scar ran straight down the middle of his forehead and along the bridge of his nose. Two horizontal scars extended from the side of his nose and curved upward to his temples. Two additional scars extended outward at angles from just under his nose, across his lips and ended on either side of his chin. All of the scars connected like spokes to the inside of the circular scar in a design resembling a starfish. He also had a solid black teardrop falling from the corner of his left eye. Adam struggled not to have any reaction, but failed to keep the corner of his mouth from inching up into a grimace.

Black Mask smirked and put his right hand up to his face. He pretended to be admiring himself in a mirror. “It’s okay, Detective. Your reaction is fairly common and a lot more subdued than most. Of course, I bet you’ve seen a lot of horrors in your line of work.

“So, you want to know the tale of Heath Grim, huh?"

This is a month long tour filled with interviews, Review, Guest Post, etc.

If you would like to participate on this tour, please fill out this FORM